Morocco benefits from special positioning in Africa, making it the ideal gateway for France 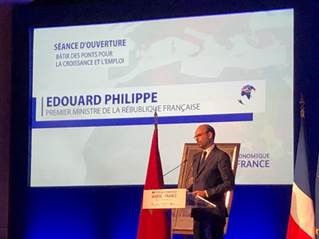 On 16 November 2017, French Prime Minister Édouard Philippe reminded France-Morocco Economic Forum delegates at Rabat that “Africa is a land of opportunity and promise, where demographic growth is strong”, while also recalling the many challenges facing the continent. Morocco can be considered as a stepping stone for French companies intent on winning new markets.

The French Government wants to put the spotlight on the development of SMEs in Morocco. France needs to turn over a new leaf, and promote the emergence of new players. It should build on the now mature relationship enjoyed by the two countries, witnessed by the presence of major industrial groups there that mirror French industrial excellence.

The Prime Minister announced that the AFD’s (French Development Agency) annual loan budget would be doubled to € 400m to ensure that France continues to be Morocco’s top financial backer.

By.O Group was a member of the French delegation at the France-Morocco Forum, through its Apexagri subsidiary

At a fringe meeting, Marc Debets, chairman of By.O Group and Apexagri, was invited to make a presentation of its activities in Morocco and elsewhere in Africa, to the Prime Minister and the Government members in attendance. Over and above agricultural issues, discussions revolved around the importance of developing SMEs on the international front and France’s ability to work partnering development initiatives, as well as recognizing the necessary diversity of size and know-how that French companies have to offer.

Early in 2018, the Prime Minister and the Secretary of State for the Minister of Economic Affairs and Finance will be announcing deep changes in the support mechanisms for French businesses abroad that will centre on SME developments.

This strikes a chord with the By.O Group’s core business of contributing to the development of ecosystems of successful companies. It primarily operates by organizing cooperation between firms and combining public action with it. 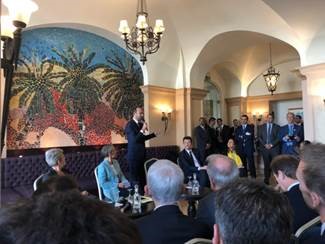